Blood Group : A or AB non carrying b

Harmony, well carrying her name, is a model of roundness, an angel of softness,  calm, patience and tenderness. Only happiness ! Every thing in her is beautiful, her dimensions, her hair, her clear color, her intense orange eyes, her bone structure…

Harmony and Utrillo’s daughter, born at the cattery, on may the 7th of 2018.

Océane, strong, round, with her mother’s thick hair, talkative like her dad, curious of every thing, found of eating as 10 British gathered, promising  to be well balanced, physically and in her head as well. Very found of laser ray ! 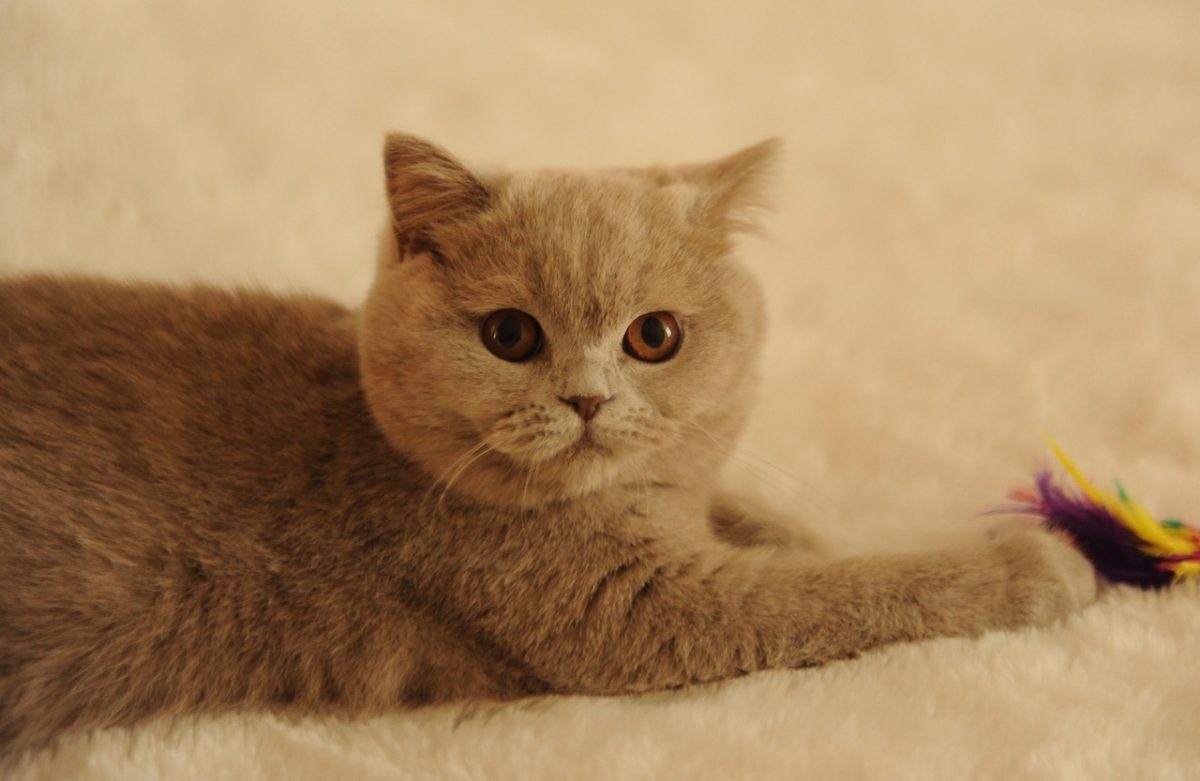 Mlada, renamed Yumi, with her doll head and her grouchy air, is a tender heart, extremely attractive and moving.

Mela, always in good mood,  overflows with affection, purring and cuddles. She loves everybody, cats and humans, how not to love her back. 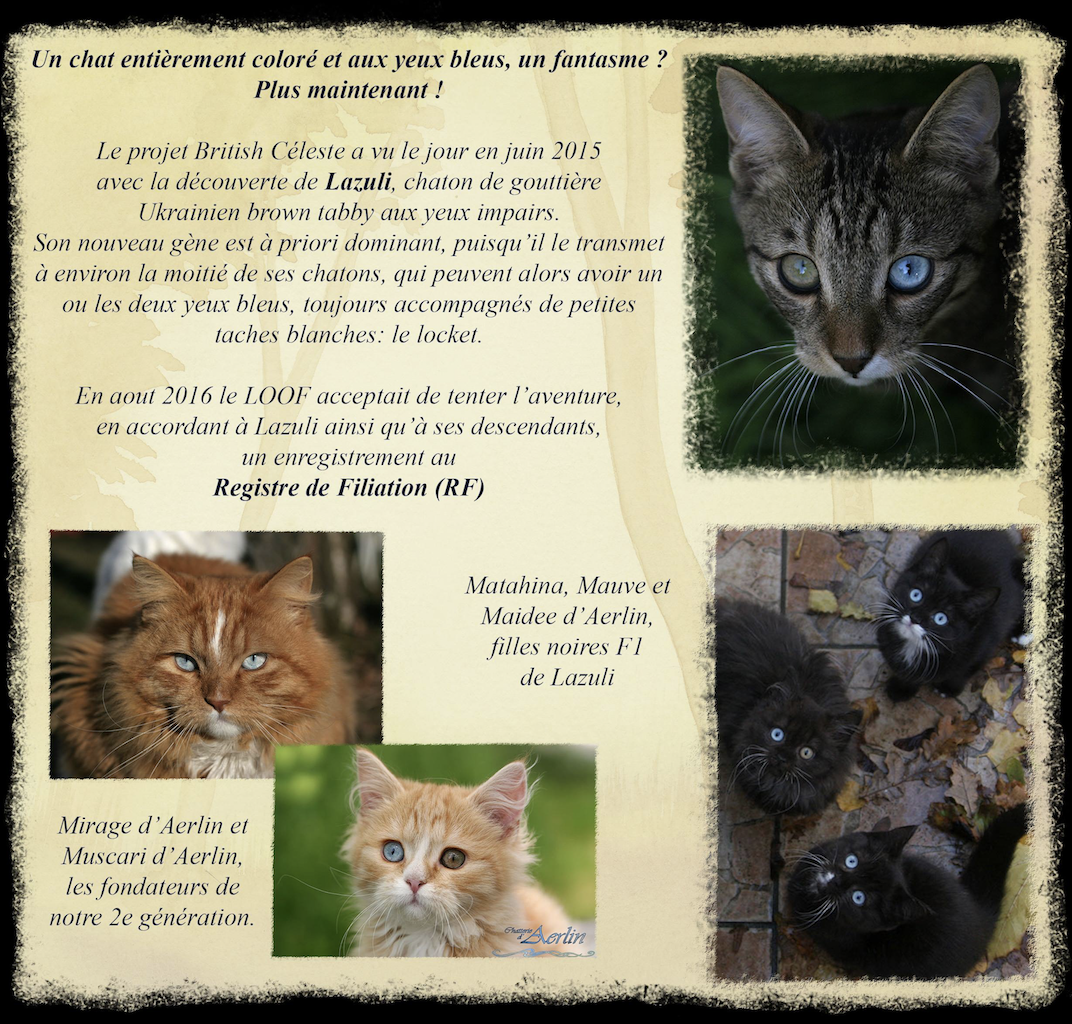 British Celeste project began in June 2015 with the discovery of LAZULI, an Ukrainian stray cat, brown tabby with odd eyes (one blue, the other green)

His new gene is a dominant one because it is transmitted to about half his kitten, that can have one or both blue eyes, always accompanied with small white spots : locket.

In August 2016 LOOF accepted to tempt the adventure, according to LAZULI and all his descendent a registration to RF (Filiation Register).

It will be the case for our 4th generation, and then we will allowed to present our program to the standard commission and our cats F4 to conformity exam to determine if they deserve a BRITISH PEDIGREE. Celeste adventure is going on…

Registered at RF of LOOF (line of descend register).

F3 (3rd generation for the plan introducing blue eyes into colors without white,  into British breed).

To know more about “projet céleste” cliquez ici and on généalogie cliquez ici. this program was Sophie Guittonneau (chatterie d’Aerlin) initiative, in collaboration with  Ghislaine Michel-Paulsen (chatterie de Virvarnon), Martine Salomon (Chatterie des Joyaux de Millau) and  Vanessa Marmolejo (chatterie of lazycat Company); supervised by Alyse Brisson (féline judge and author of books about colours genetic) and genetically supervised by Marie Abitbol and Lucie Chevallier (geneticians of veterinary Lyon’s and Maisons Alfort’s Schools). This program is approved by LOOF on a trial basis (Registry of genealogy, without belonging to an official breed for the moment, that is the purpose to reach at the F4 or F5 generation).

Odyssée, cuddly girl,  like her mother,  even coming when you don’t call her, is a purring specialist never ending, holding you with her paws for never ending hugs. As charming as her markings are original. 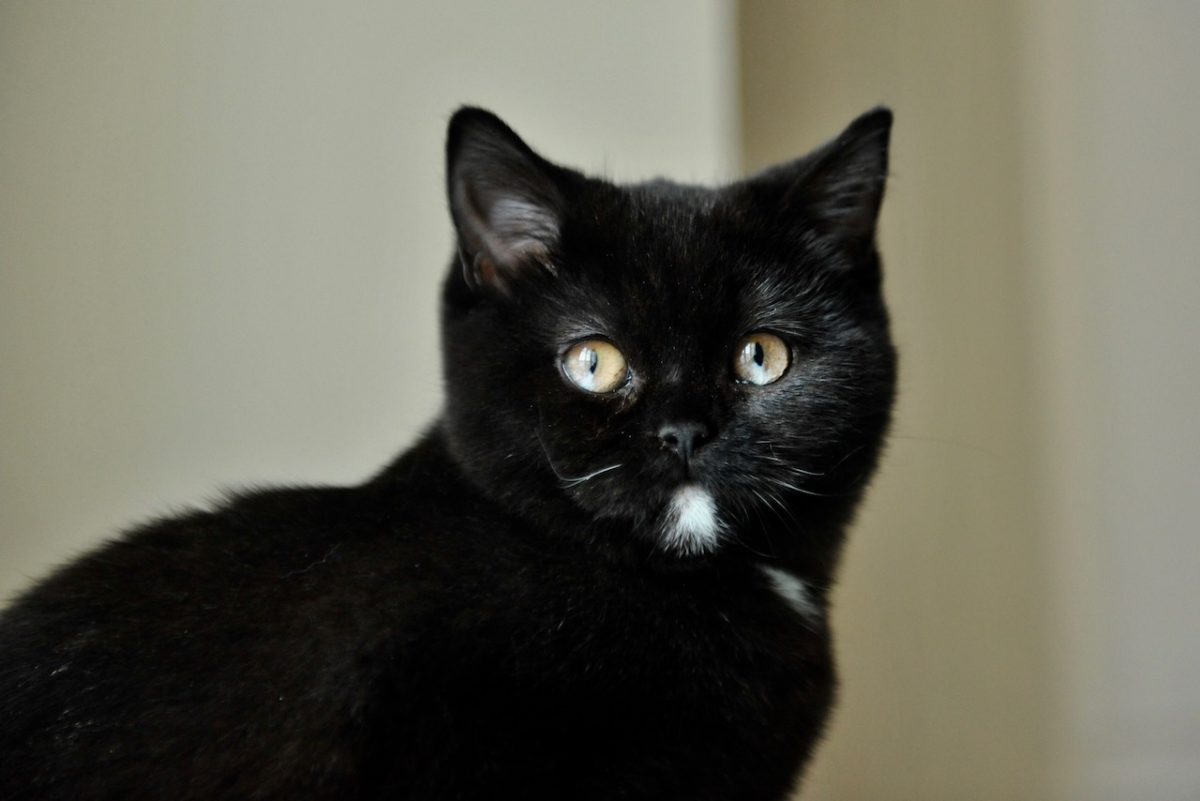 Registered at RF of LOOF (line of descend register).

Orchidée is as lively as an electron, eating papers more than reading them, very responsive face doing something stupid or cuddles. But how not to melt in front of such a fascinating look.